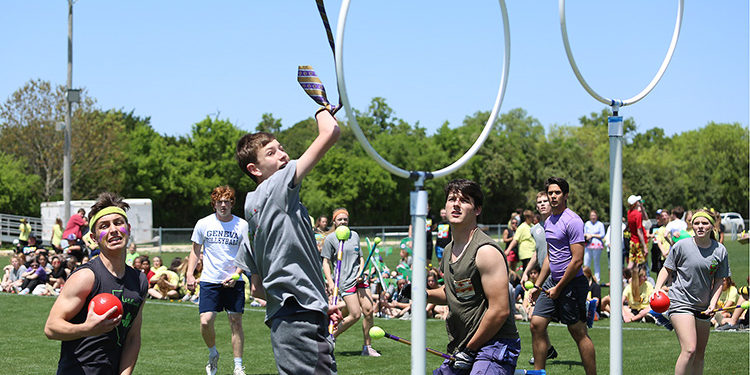 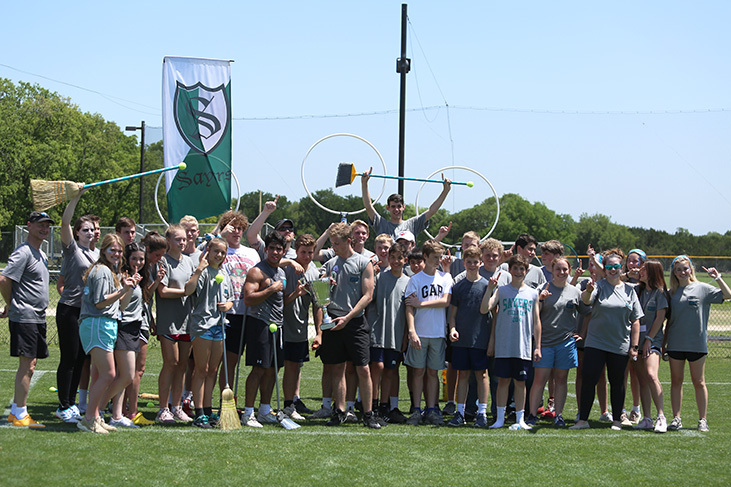 The House of Sayers Quidditch team members reclaimed the title and were declared the 2019 Geneva House Quidditch Cup Champions after defeating the House of Milton 110-20 in the finals.

Geneva Rhetoric School students are placed in one of four houses—Chaucer, Lewis, Milton and Sayers—and compete against each other throughout the year in various activities. One of these competitions is the annual Spring Quidditch House Cup.

Quidditch is a team game that looks like a combination of dodgeball and low-contact rugby, all with players competing with brooms between their legs. This is a fun and sometimes funny game (imagine a high school senior varsity football player running around with a broom between his legs) based off of the creative genius of J.K. Rowling’s Quidditch matches in the fictional world of Harry Potter.

In Geneva’s annual spring tournament, the victorious house is awarded the coveted Quidditch House Cup. This year, the House of Sayers defended the 2018 champion title by defeating Milton 110-20 to become the 2019 House Quidditch Cup Champions. The House of Chaucer defeated Lewis 70-20 in the consolation game.

“The winning house takes pride in hoisting this cup because it represents a bit of what makes the Geneva Rhetoric School community unique: hard-nosed competition tempered by not taking ourselves too seriously,” Rhetoric School Headmaster Rob Shelton said.