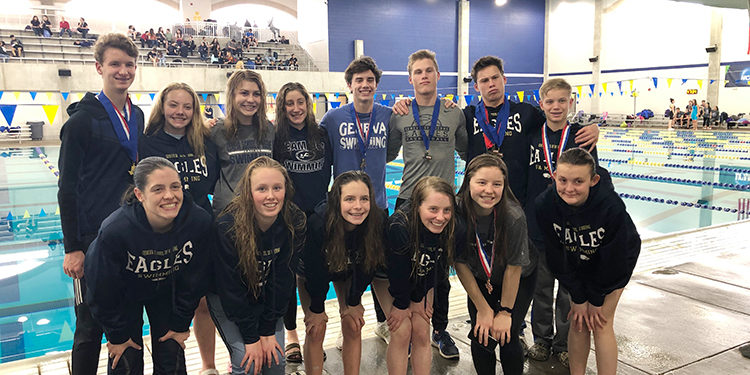 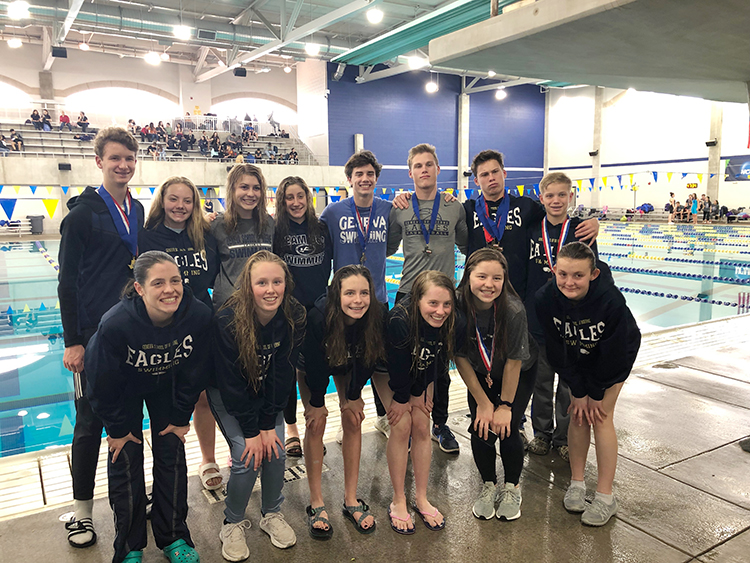 The Geneva varsity swim team competed in the TAPPS Division III State Swim Meet last week in Mansfield. Both the girls and boys teams placed fourth overall in their divisions.

This was the first time that an individual or relay team earned a first place finish at the State Meet. Sophomore Gabe Ross claimed the state championship in the 50 yard freestyle and the boys 200 yard freestyle relay team of Ben Ross, Brooks Fessler, Austin Dennis and Gabe Ross also claimed gold.

The Eagles girls team had a total of 176 points to finish behind The Woodlands Christian Academy in first with 251 points, Logos Preparatory Academy in second with 210.5 points and St. Thomas Episcopal in third with 202 points.

The Eagles boys team finished in fourth place as well with 145 points. Veritas Academy was first with 192, Legacy Prep Christian Academy was second with 187 and Logos Preparatory Academy was third with 150 points.

“This team has worked hard this season improving in competition but also in building a team of leadership and support for one another. They have motivated each other to be their best and the State Meet was an example of that. I am truly thankful for each one on the team and for Coach Ross. My hope is that the sacrifice and training the team accomplished this season will give them confidence to tackle future tasks in and out of the water,” Coach McInturff said.

Individual and relay results were: