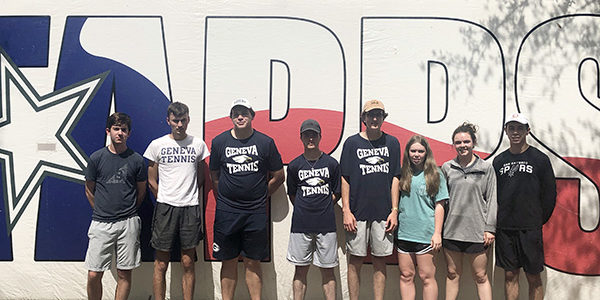 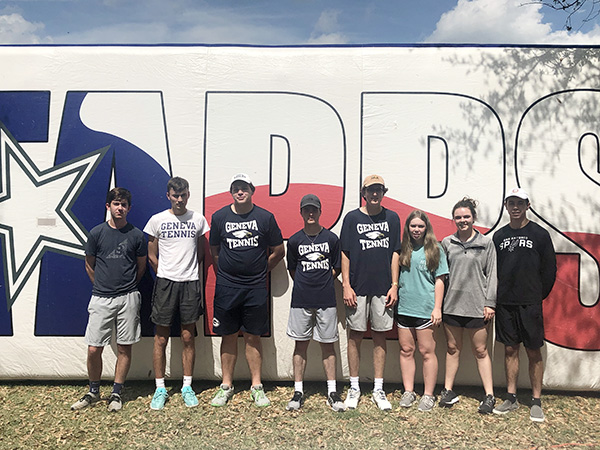 Several Geneva varsity tennis team members qualified to compete in the TAPPS 4A State Tennis Tournament which was held in Waco on April 8-9.

The girls team qualified the doubles team of Gracyn Freiling/Braden Hall. Competing for the Eagles on the boys’ side were Anson Eggerss and Nathan Masso in singles and the doubles teams of Daniel Grover/Grant Williams and Tyler McBroom/Nathan Young.

Freiling/Hall lost a close match in a third set tie breaker in the quarterfinals of girls doubles to Arlington Grace Prep.

The Eagles tennis team is coached by Gretchen Grover and assisted by Leslie Taylor. They practice at the Fair Oaks Golf and Country Club courts under the instruction of tennis pro Glenn Barton.