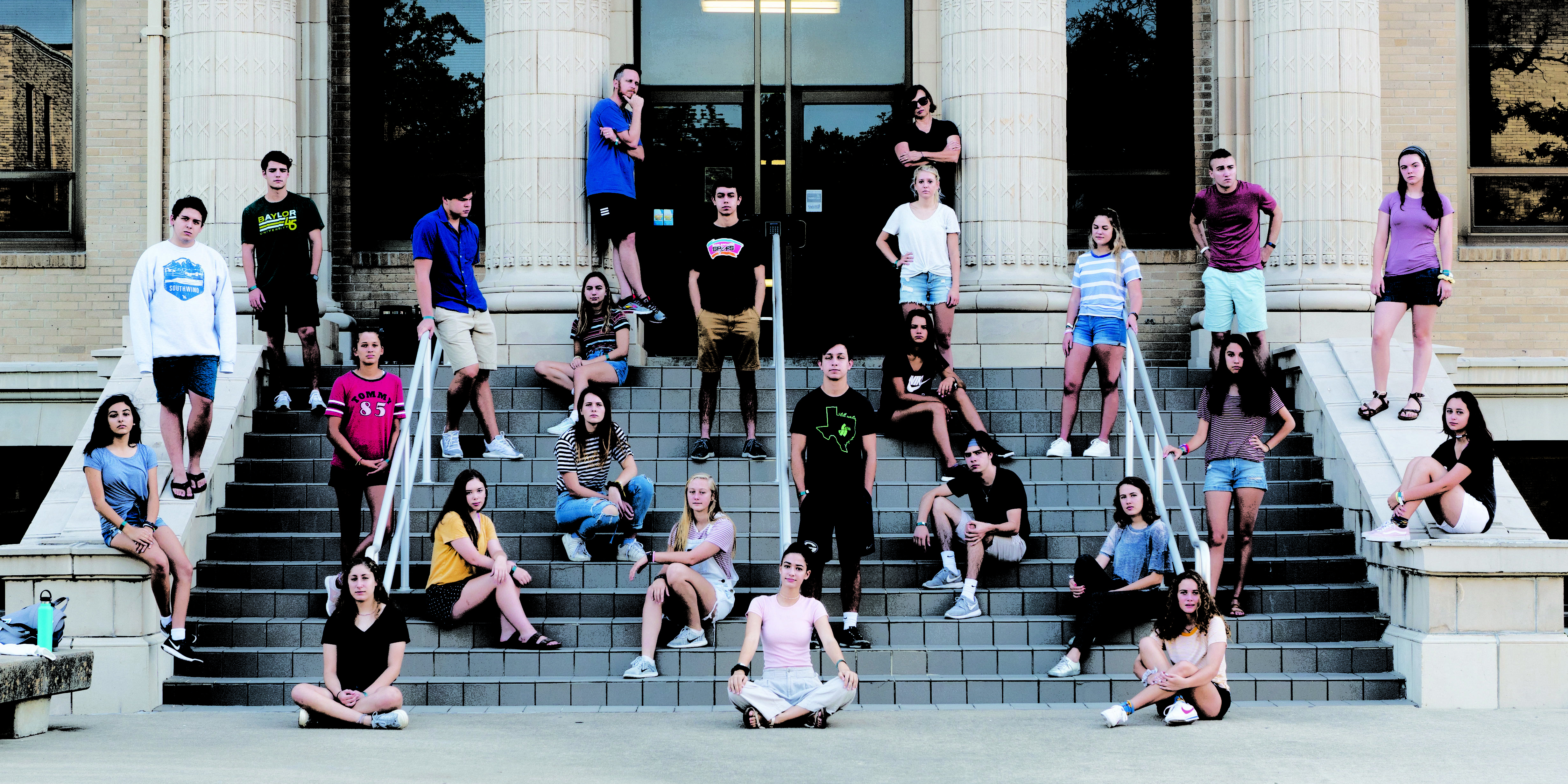 This high school journalism staff of 26 students produce a quarterly news magazine under the direction of faculty adviser Becky Ryden. This magazine contains content about Geneva’s Rhetoric School and the culture affecting the school community. The GQ staff also produces a literary magazine annually called The Calliope which contains poetry, art, photography and literary works by students, faculty and alumni.

The GQ Staff was named as a National Scholastic Press Association Pacemaker Finalist for the Geneva Quarterly magazine. In total, 260 publications were submitted nation-wide and 67 were chosen as finalists. From this, the top 28 will receive the prestigious Pacemaker Award in November.

The GQ Staff was also named as a Crown Finalist for the third straight year by the Columbia Scholastic Press Association, having won silver two years ago and the coveted Gold Crown last year. Gold and Silver Crown winners will be named at the CSPA Conference in New York City in March. Thirty-nine print news magazines were selected to be a Crown finalist nation-wide. The CSPA received 1,172 submitted publications in news, magazine, yearbook or digital formats from high schools across the country.

In addition, Geneva seniors Gabi Griffey, Jacqueline Knox and Nathan Young won individual awards for their excellence in journalism. Gabi was named a top-10 finalist in the NSPA sports writing category. Jacqueline won first place in the CSPA single sports photography category and Nathan received a Certificate of Merit in the sports commentary category also from the CSPA.

“Several years ago we chose to create a news magazine instead of a newspaper based off of a critique we had received. It has made all the difference for our publication and my staff. The students have only gotten better as the program has progressed. I am very proud of the work we have done together, from the content to the cutting-edge design. It is something our whole school supports,” Mrs. Ryden said.