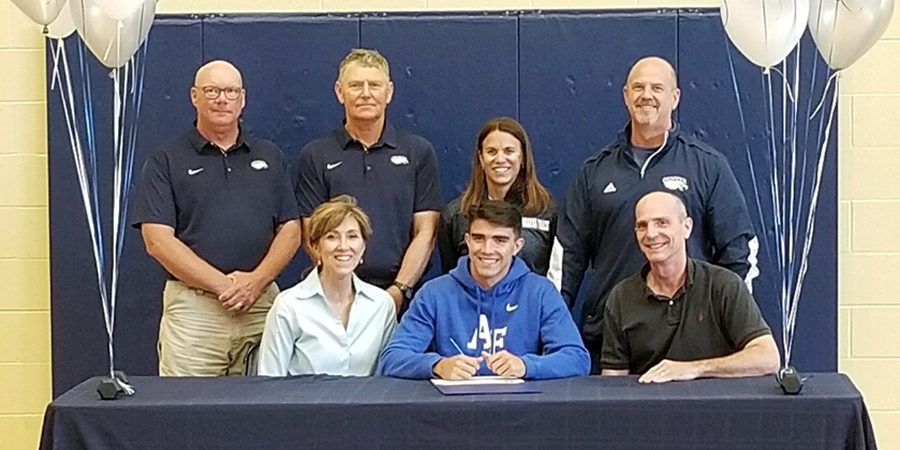 Geneva School of Boerne senior Marshall Shults signed a letter of intent with the United States Air Force Academy track & field team. He was surrounded by his parents Tammie Jo and Dean Shults as well as coaches John Brock, Dean Herbert, Karen Wright and Geneva Rhetoric School Headmaster Rob Shelton. Shults will study business and will be commissioned as a Second Lieutenant in the United States Air Force at the completion of his education at the Academy.