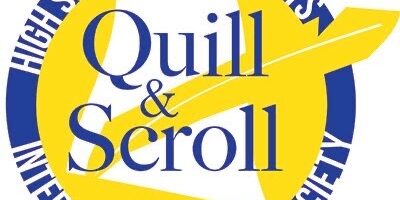 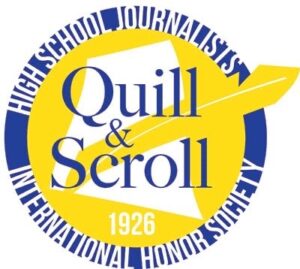 Forty-two students were inducted into Quill & Scroll International Journalism Honor Society at assembly on Monday. This was a combined induction of students invited this year and last year. Students must be a rising junior or senior. They must have a GPA above a 3.0 (society standard) and have excelled in journalism. Our chapter has added that they must have won at least two awards while on staff. Yearbook, magazine, cinema and photo team students are eligible.