Students Shine in Fiddler on the Roof 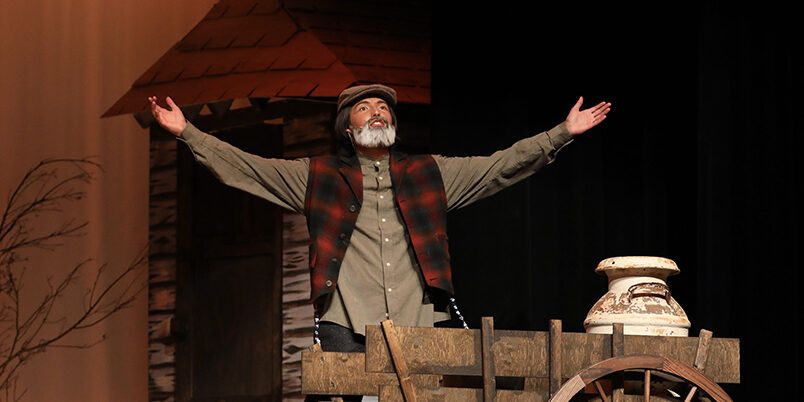 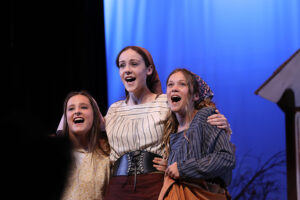 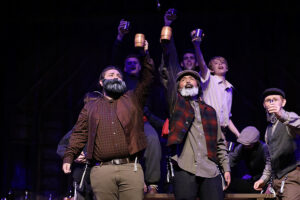 The Geneva Fine Arts Department recently finished its production of “Fiddler on the Roof.” This musical has become a beloved story of a Jewish family in a small Russian town. It captures a personal tale of love, laughter and family amidst the change in Russia.
“I can think of no better show for this year; with so many of our traditions being challenged, we are forced to contemplate those things which we hold most precious. ​As Tevye states in the show, God uses ‘wars, revolutions, floods and plagues’ to draw people to Himself,” the show’s Music Director Ben Vis said.
Geneva’s production included more than 100 students, faculty and parents who came together to produce it. Rehearsals began in February, and tryouts were held when students returned for the second semester. The cast included students from sixth to twelfth grades who portrayed a delightful variety of characters.
Tevye was played by senior José Ballí. Other key roles were played by senior Julianne De Luna (Golde), junior Anna Beth Muck and sophomore Hailey Hubenak (Tzeitel), Junior Cassidy Egli (Hodel), freshman Kate Travis and sophomore Mattie Sue Arnold (Chava.)
The show was accompanied by a live orchestra comprised of Geneva students and faculty (including BISD faculty). It was led by Ben Vis with a leadership team including Character and Choreography Director Autumn Jones, Technical Director Doug Hurt, Audio