Why Classical Makes Your Heart Sing 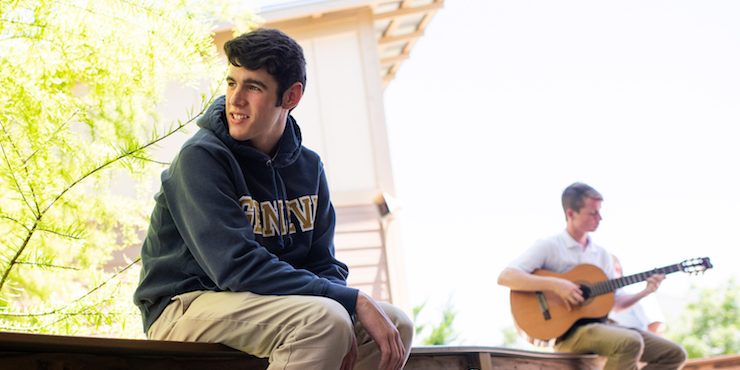 Why classical makes your heart sing

by Brad Ryden, Geneva School of Boerne Head of School

Geneva School is known for many things: a tight knit community of parents, great students, successful arts and athletics programs, high SAT scores, etc. The feature that sets us apart from other schools is our combining a Christian education, founded on a biblical worldview and a classical approach, also known as a Liberal Arts education. These have been combined for centuries in order to provide a foundation and framework for the study of a number of disciplines.

In a 2015 article in “The Washington Post,” Dr. Loretta Jackson-Hayes, an associate professor of chemistry at Rhodes College in Memphis, made an argument that science majors should also have training in the liberal arts. She is not the first or only one to make this argument. In “The Washington Post” article titled We Don’t Need More STEM Majors. We Need More STEM Majors with Liberal Arts Training, Dr. Jackson-Hayes writes:

“Our culture has drawn an artificial line between art and science, one that did not exist for innovators like Leonardo da Vinci and Steve Jobs. Leonardo’s curiosity and passion for painting, writing, engineering and biology helped him triumph in both art and science; his study of anatomy and dissections of corpses enabled his incredible drawings of the human figure. When introducing the iPad 2, Jobs, who dropped out of college but continued to audit calligraphy classes, declared: “It’s in Apple’s DNA that technology alone is not enough—it’s technology married with liberal arts, married with the humanities, that yields us the result that makes our heart sing.”

An education that includes the Liberal Arts (starting with grammar, logic and rhetoric) provides students with skills that those without such training often lack. When students are trained solely in their discipline, they suffer a myopia that can limit their effectiveness. When study in their discipline is combined with training in the Liberal Arts, students develop skills that enable them to think rationally, solve problems, make difficult decisions, discuss complex issues, speak eloquently and persuade others. These skills are embedded in the Liberal Arts tradition and are at the core of what every educated person should know.

One of Geneva’s alums, who studied Biomedical Engineering at a major university, wrote the following in response to a request for an update:

“There are so many times I feel ‘set apart’ and better equipped thanks to my years at Geneva. I learn the concept rather than memorizing the facts. I know what I believe and can articulate those beliefs well (but lovingly) when called upon to do so. I am confident in who I am and that I have the leadership and ability to positively affect the people and world around me. I would tell a Geneva student to not take any of your time there for granted! Here’s a shout out to all of the teachers and parents who expected the most of me and believed fully that I could live up to that. You don’t find that very often in the ‘real world,’ but my years there taught me to believe in and expect the best out of myself and I can never thank you enough for that! Love and prayers to everyone there. Geneva will always be a family and home to me!”

This young lady is combining her liberal arts training and biblical worldview with study in her discipline. May she and the rest of our graduates yield results that make all of our hearts sing with thanksgiving to God.