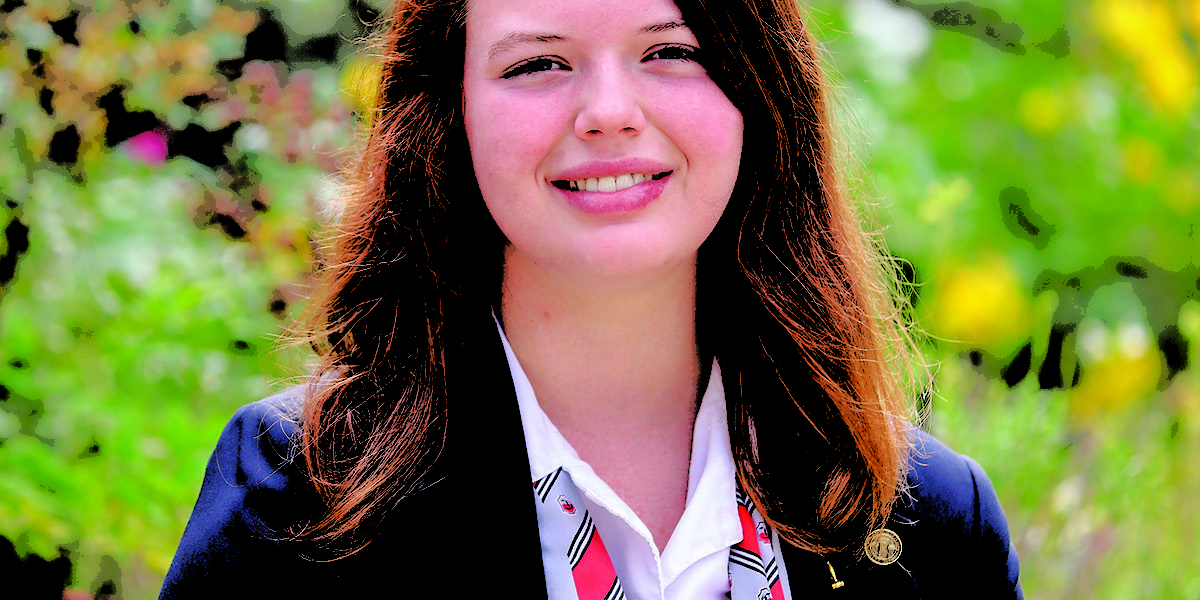 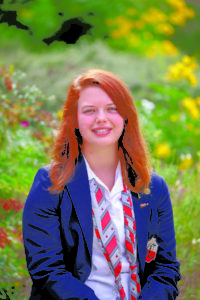 What is the most influential book you have read besides the Bible? Why?
I want to say The Perks of Being a Wallflower by Stephen Chbosky has been the most influential book that I have read. However, A Monster Calls by Patrick Ness may be the most beautiful book. It teaches so much about grief, and it shows an inherent beauty in pain. We do an abysmal job of teaching kids (and everyone else) how to deal with emotional pain. In America specifically, we say that channeling negative feelings into anger is not only normal, but it’s appropriate. If you absolutely must acknowledge the negative emotion, get angry at something. A Monster Calls taught me to say, “Hold on! Sad is okay. Hurt is okay. In fact, they just might exist for a reason.” The book focuses on learning from pain and working through it and making it into something beautiful instead of ignoring it outright or turning it into something it isn’t meant to be.

What is your favorite or funniest moment at Geneva?
I will never forget Sons of Thunder at the Homecoming Dance. I forgot what year it was, but it was historic.

What will you miss most when you leave Geneva?
The answer to this question is easy for me. I met some of my favorite people here. Once I leave Geneva, some of us will suddenly be very far apart physically, and as much as I don’t want to admit that that will impact relationships, it definitely will. Some of them will still be here too (you guys totally got this by the way). I’ll miss seeing all those people I love so often.

Who has influenced you most while at Geneva? How?
Mr. Arizpe has influenced me the most while here at Geneva. He’s been teaching me guitar since I was ten years old. I’ve learned so much from him about life, and compassion, and beauty that I don’t know if he knows he taught me. He has a remarkably poetic way of seeing the world and the people in it. He has influenced how I write, play, listen, how I interact with the world and with myself. I also want to make a career as an independent recording artist, and I’m convinced that my love of music wouldn’t be half as strong if it were not for Mr. Arizpe.

What does being a Geneva student mean to you?
It’s kind of like The Lord of the Rings. For a long time, there is a lot of walking, and a lot of things attack you. You’re not entirely sure where you’re going, but you know two things: 1) this must be super important and 2) you absolutely, unequivocally cannot get there alone. Once you get to wherever you’ve been going, the pieces still don’t make sense, but that’s okay. You start to recognize the connections you made along the way, the stories and trials that have shaped you and the people around you, and that the super important part really was the walking.

How would you encourage a Geneva kindergartner to persevere in school?
Wherever you go to school, whether you stay at Geneva or not, do not make school your most important thing. There is so much more to life than school. School is here to help you get where you’re going. It’s like a rocket. If you want to go to Mars, you need to build a rocket. But don’t focus so much on building the rocket that you forget to go to Mars. Don’t focus so much on doing well in school that you forget why it’s important.

What about Geneva do you hope never changes?
I suppose this is where I say Geneva is exactly as it should be! I could not have asked for a better school experience. Now don’t get me wrong, I am grateful for the journey I’ve taken throughout my time here. I sincerely hope Geneva is the kind of place that is willing to change. We are by no means doing everything perfectly. I can’t with good conscience say that I hope something never changes because that implies that whatever I would have said has no room to improve. If anything, I hope this is a place that is adaptable and open-minded to changing whatever it needs to in order to grow and improve.