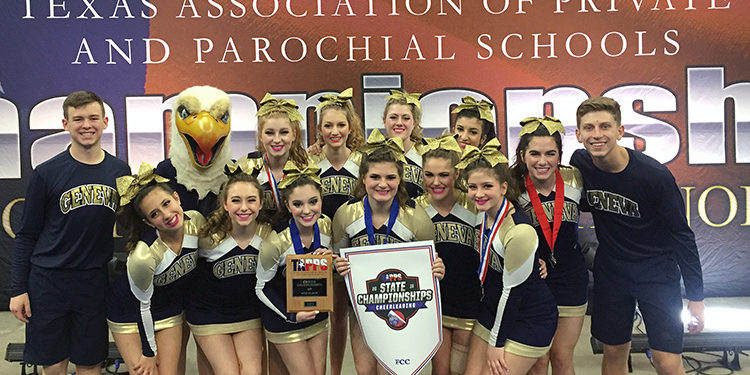 “Coach Whitney and I are extremely proud of this year’s Competition Cheer Team. They gave it their all and poured their hearts into this routine. I’m so thankful to be a part of such a unified cheer team who truly supports and encourages one another with such love and respect and who gives God the glory in all things, ” Head Cheer Coach Amber Jonas said.