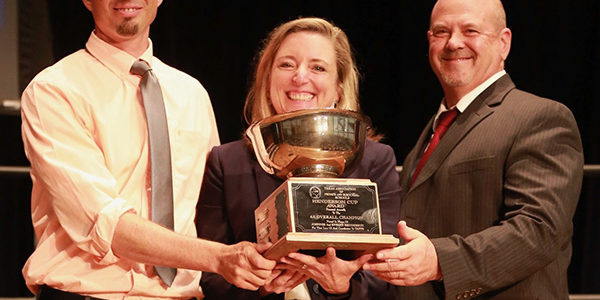 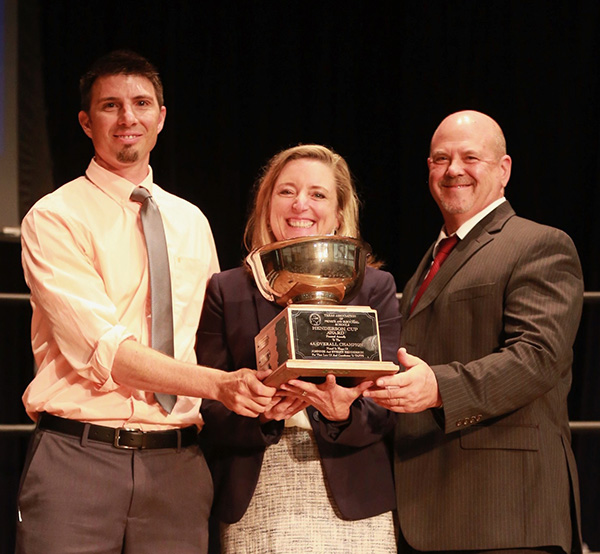 Geneva has been recognized by the Texas Association of Private and Parochial Schools (TAPPS) as the top school in its division for the ninth time in 10 years. The school was declared champion for the second straight year in the TAPPS 4A classification.

“When we first started as a TAPPS 1A high school, we didn’t even know what the Henderson Cup was, and then we were told that we won it. Now, as a TAPPS 4A high school, most of us still don’t think about the Henderson Cup. Our students excel in so many areas because that’s the type of students they are, not because they are trying to win a cup. We don’t take it for granted that we have won it nine of the last 10 years, but we also don’t prioritize winning it. To God be the glory for how He has blessed us,” Geneva Rhetoric School Headmaster Rob Shelton said.

The Henderson Cup is awarded by TAPPS to each school in the six classifications that scores the most points during the year in competitive arts, academic and athletic events sponsored by TAPPS.

“Geneva Athletics had a very strong year this year at the 4A level. While our boys golf and girls track and field achieved the ultimate success in a state championship, there were so many other significant contributions for all of the students at Geneva, whether that be in the fine arts or other athletics programs,” Geneva Athletic Director Eric Boerboom said.

Gradi Evans, Geneva Director of Fine Arts, added, “The beauty of the Geneva student is that they are well-rounded, not only as scholars, but also as athletes and artists. None of which would be possible without the gifts that have rained on these students and great training from passionate and knowledgeable coaches and teachers. We are truly blessed to learn and grow together as a community that works hard, supports and encourages one another.”

Geneva first introduced varsity competition to its students in the 2008-09 school year. The first graduating senior class was in 2011 with 19 students. Geneva most recently commenced 55 students in the Class of 2019 at the end of May.