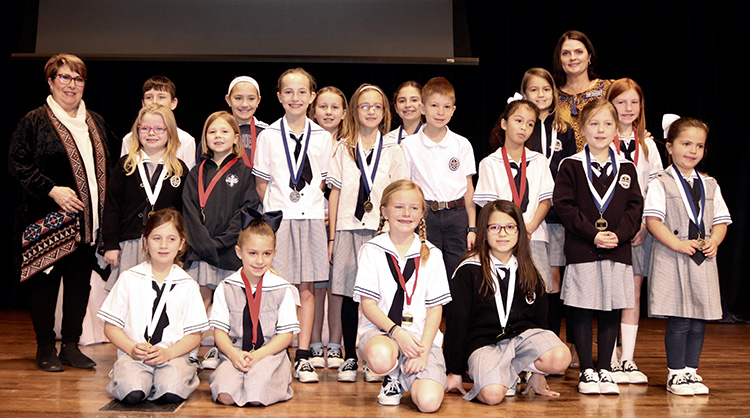 Students in kindergarten through fifth grade entered the school’s annual competition by submitting a handwritten Bible passage from Isaiah 40:28-31. Teachers submitted the top three handwriting samples from each grade and the faculty chose the winners anonymously per grade. These students were recognized in the assembly.