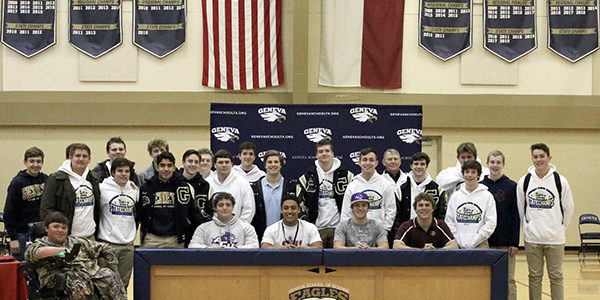 Geneva is proud to announce that four seniors made commitments on National Signing Day. Seth Bower, Joseph Hohne, Josh Lopez and Easton Myrick signed to compete at the collegiate level on Wednesday, February 5, surrounded by their families, coaches and friends at a signing celebration in the Geneva Gym as they made their commitments official. 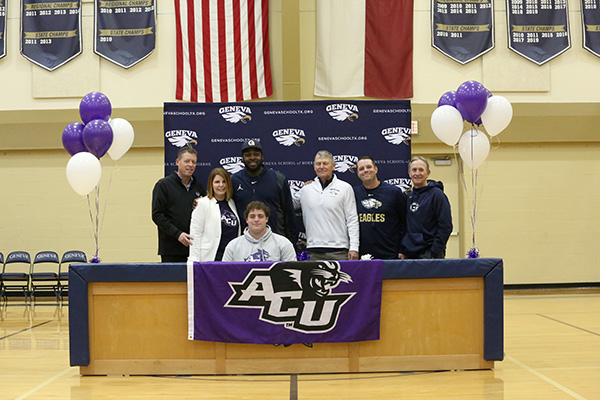 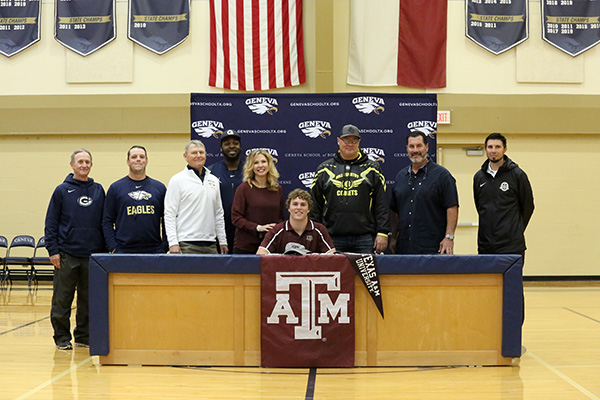 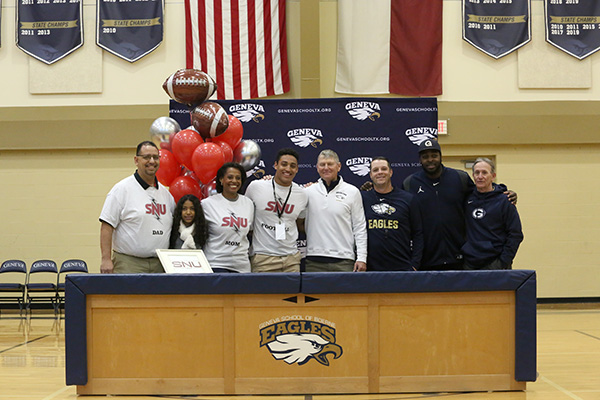 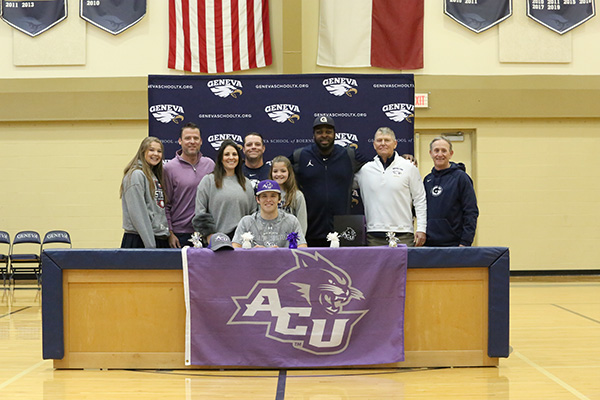