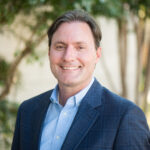 Travis Vaught was born and raised in Corsicana, Texas. He graduated with a degree in Electrical Engineering from Baylor University in 1993. Travis ran a software startup in Austin for eight years and currently helps run a family business office in San Antonio.

Travis and his wife, Ginger, met at Baylor and have three children: Mack (Class of 2016); Haven (Class of 2017); and Callen (Class of 2019). Travis and his family attend First Baptist Church. Travis has previously served on the Geneva Board (2008-2011) and has volunteered in various capacities since 2004, including Summer STEM camps. 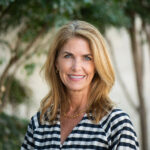 Kelley is a native Texan having lived in Houston, Dallas and Fair Oaks Ranch. She and her family currently reside in San Antonio. Kelley graduated from Texas A&M University with a BBA in Marketing and Management from Mays Business School. After working in retail buying for seven years, Kelley worked as a retail software consultant for PriceWaterhouseCoopers managing people and processes.

Kelley met her husband Kevin at Texas A&M. They married in the summer of 1995 and have four children: Kyle (Texas A&M Class of 2022), MacKenzie (Geneva Class of 2020), Ryanne (Brandeis Class of 2021) and K.P. (Geneva Class of 2024).They have enjoyed Geneva since K.P. entered Kindergarten and are blessed by the community of teachers, faculty and families that have guided them. Kelley has served in a variety of ways at Geneva through classroom volunteer opportunities, athletic sporting events, committees, field trips and many more. Kelley and her family are members of Oak Hills Church where she serves on the women’s ministry team. 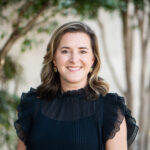 Tonya Christal was born and raised in San Antonio and graduated from Clark High School back when De Zavala Road really was a cow pasture. She graduated with a Bachelor of Science degree from Texas A&M University and returned home to pursue her dental degree at the University of Texas Health Science Center in San Antonio. She graduated with honors in 2002 and went to work alongside her dad in her family’s practice, Lee Dental Centers. Six years later, her sister Danielle Powell (mother of Luke Powell, Geneva Class of 2029) graduated dental school as well and joined the practice. Since Dr. Lee’s retirement, the sisters continue to practice Family and Cosmetic Dentistry while owning and stewarding Lee Dental’s five locations.

Tonya and Jeff were friends from their Clark High School days, but didn’t date until both were in graduate programs in San Antonio. They married in 2000 in the midst of dental and medical school and have two sons: Aidan (Class of 2022) and Britton (Class of 2025). They have been at Geneva School since Aidan started kindergarten.

Tonya has been active in many areas within the Geneva community—serving as an art docent and room mom as well as volunteering for all manner of Geneva activities and sign-up opportunities. She and her family are members at Currey Creek Church and deeply appreciate the community of believers that surround their family. Their family is also proud to support Young Life in San Antonio and Boerne. Tonya is also involved in the C12 Group, a Christian CEO mentor ship organization. 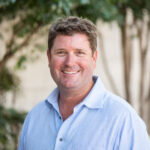 Jim Guy is a third generation San Antonio native. After receiving his degree in Agricultural Economics from Texas A&M University, he began an initial career with AT&T, holding a number of management positions both in San Antonio and Austin in Engineering and Construction Services. Resigning from AT&T in 2006, Jim Guy began what would be a 10-year career at Roalson Interests Inc., a commercial real estate firm in San Antonio, where he enjoyed building strong relationships with clients and peers and working on a number of real estate projects throughout Central and South Texas. In December of 2016, Jim Guy joined Bill Miller BBQ, where he currently serves as President and CEO.

Jim Guy and his family have been at Geneva since their oldest son started kindergarten. He married his high school sweetheart, Heather, in 2001 and together they have three children at Geneva: Rider (Class of 2023), Madeline (Class of 2025) and Levi (Class of 2030). Jim Guy has served in a variety of ways throughout campus. He has been a classroom reader, served on several committees and been involved with GYSL as a league commissioner and a coach. He is a member of Currey Creek Baptist Church, involved in Bible Study Fellowship, active on committees in the City of Boerne and is a life member of The San Antonio Livestock Exposition. 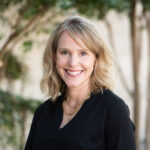 Tammy grew up in a military family so trying to explain where she is from is nothing short of complicated. As the saying goes, “She wasn’t born in Texas, but she got there as fast as she could.” Tammy graduated from The University of Texas at Austin with a Bachelor of Business Administration in Accounting and a Master in Professional Accounting and is a CPA. After graduating, she worked for E&Y, USAA, Ridgemont Properties, and The Lynd Company before having the opportunity to help start the management business at Kairoi Residential. Currently, Tammy is a Partner and the Chief Financial Officer of Property Management at Kairoi Residential where she oversees Accounting, Human Resources, Legal and Information Technology.

Tammy has volunteered in a variety of ways at Geneva; most recently serving on the Finance Committee. Tammy also serves on the board of the Brighton Center which provides early intervention services to children with disabilities or delays. 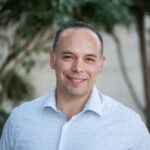 Charles grew up in a military family and moving around the country only strengthened his awareness that Texas is a place he wanted to call home. When he and his wife, Annette, relocated their family—Chaz (Class of 2020), Dominic (Class of 2023) and Audrey (Class of 2027)—to San Antonio in 2010, they brought with them a commitment to classical and Christian education.

Charles has degrees in Psychology (University of Houston) and Law (Taft Law School) which have served him well in the Financial Services industry as a Certified Financial Planner™ with both large firms and his own small business. Charles currently works as Director of Strategic Acquisitions at PAX Financial Group. 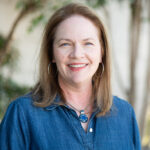 While staying home with kids, Lori worked with Sam Champion to make SAMS Kids a 501(c)3 Non-Profit student success program for economically disadvantaged students in BISD. Among other activities, Lorie is Founder and President of Circle 2 Plus Ministries which promotes prayer and Bible studies for families, women’s conferences and a weekly web-based Bible study-devotions called Chalk Borders. When Sutton and Ethan attended Geneva, Lori and Baron chaperoned trips, cooked for tailgate parties, senior celebrations and team dinners, and drove carpools. The Houser family attends Currey Creek Church where they serve as greeters. 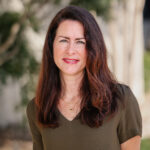 Jessica was raised in South Louisiana and graduated from Louisiana State University with a Bachelor of Science in Kinesiology. She then went on to graduate school at Texas Woman’s University, where she earned a Master of Science in Physical Therapy. While working in the Dallas-Ft. Worth area, Jessica met her husband, Rich. They married in the Summer of 2003, and following a three and a half year Naval tour in Yokosuka, Japan, they moved to San Antonio.

Jessica and Rich have three children: Austin (Class of 2023), Emma (Class of 2025), and Quinn (Class of 2029), and have been a part of the Geneva community since the Fall of 2013. After commuting from San Antonio for five years, Jessica and her family now call Boerne home, and attend St. Peter the Apostle Catholic Church.

Jessica values the importance of community at Geneva and the many relationships her time spent volunteering has fostered. Serving in various roles across campus, she has experienced first-hand the blessings of being engaged in a community that strives to not only equip students to be lifelong learners and leaders, but more importantly encourages them to love and serve the Lord, as well as one another. 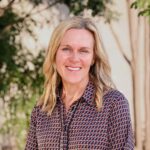 Allison Peet was born and raised in San Antonio, Texas.  Allison graduated from Texas A&M University, class of 1999 (WHOOP) with a degree in Early Childhood Education. Allison moved to Boerne in 2000 and taught Kindergarten for 7 years (some of that time as a teacher at Geneva School of Boerne.)

Allison and her family are involved at Currey Creek Church where she and her husband serve on the “Welcome Team.” Allison has also been a part of Bible Fellowship’s Evening and Day Women’s classes in Boerne for 22 years. 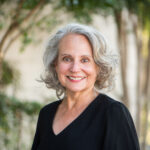 Phyllis was born and raised in Beaumont, Texas. She graduated from Lamar University with a degree in education and a specialization in geology. Phyllis taught math and science to grades six, seven and eight for thirty years at schools in Klein, Dallas, Plano and Boerne. She considers it a blessing to have spent the last four years of her career teaching science and math in the Logic School at Geneva, where she retired in 2008. During her career she was honored with Teacher of the Year, chosen to study with NASA scientists, and was a recognized workshop presenter on teaching strategies.

Phyllis and Joe attend St. John Lutheran Church, where Geneva had its first campus. At St. John, Phyllis currently serves on the Core Team of Discipleship Initiative, as a mentor for middle school age students and as a greeter. She has also served St. John as an adult Sunday School Teacher and as a member on the Pastor Nominating Committee.

After her retirement, Phyllis has served Geneva as a substitute in the Science Department, a Debate Judge, member of the Senior Thesis Panel and an Exam Proctor. 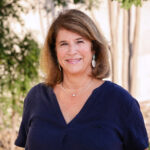 Joanne grew up in Bronxville, New York and graduated from Bucknell University with a Bachelor of Arts in Spanish and a concentration in Economics. She enjoyed a career on Wall Street working as an Institutional Corporate Bond Trader for various firms before marrying Robert in 1994. She was one of the three founding families of Geneva School of Boerne where her son Nick (Class of 2013) attended K-12 before matriculating to Baylor University where he studied finance and played on the men’s golf team.

Joanne has served at Geneva as faculty, staff, board member and member of both finance and admissions committees. In addition to serving at Geneva, she served as the Teaching Leader for Bible Study Fellowship in the Boerne Evening Women’s class for 26 years before retiring from this role in May 2022. She will continue to serve as a BSF Area Advisor. She and Robert attend Trinity Presbyterian Church.

One of Joanne’s favorite Geneva moments was instituting the Eighth Grade Oratorical contest in 2007 as a precursor to the Senior Thesis. 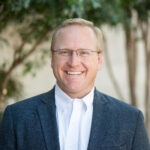 Greg was raised in Boerne and graduated from Boerne High School when there was only one high school in town. He graduated from Texas A&M University with a Bachelor of Science in Molecular and Cell Biology and went on to attend dental school at the University of Texas Health Science Center in San Antonio. He later graduated from St. Mary’s Law School and began practicing law in Boerne where he still practices today. Greg is a past president of the Kendall County Bar Association and his practice consists primarily of probate and fiduciary litigation.

Greg and his wife, Brittney, are both Boerne natives, but did not get to know each other until their college days when Brittney was attending Baylor. They married in the spring of 2008 and have two children who are both students at Geneva: Reese (Class of 2030) and Walker (Class of 2032).

Greg has served as a panelist for the Geneva Senior Thesis and as class reader for his son’s kindergarten class, although he jokes that Brittney’s involvement far exceeds his where she serves as a GCL committee chair, music docent, field trip chaperone, and Grammar School lunch monitor, among others. The Yosts greatly value the Geneva Community and the quality relationships that have been forged in a few short years. They hope to continue contributing to and serving the Geneva Community for years to come. The Yost family attends Currey Creek Church where they teach the Kindergarten Sunday School class.