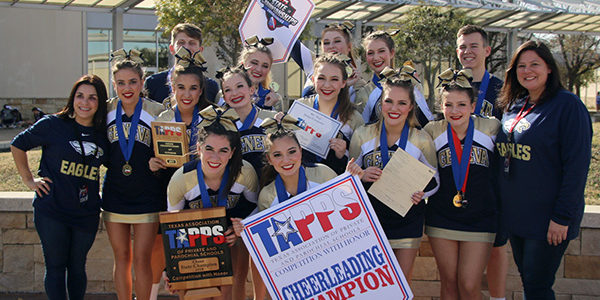 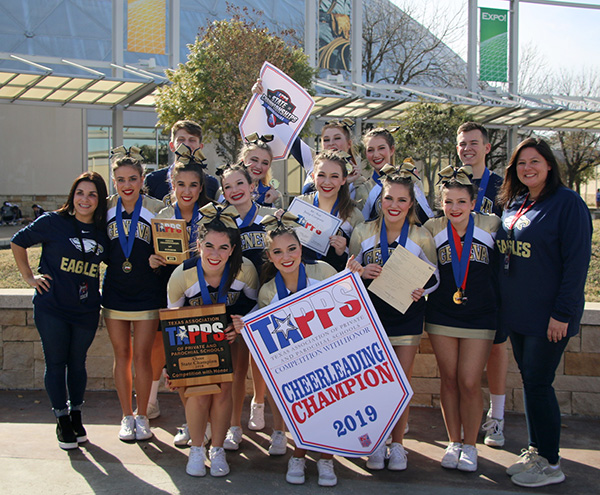 Academic All-State honors were bestowed on Corley Petrie. To earn Academic All-State, students must be a junior or senior, have at least a 90 cumulative grade point average and be selected to at least Second Team All-District.

“I have had the great honor to coach cheerleading at Geneva for the past nine years and each year helped build to this State Championship. This team challenged themselves to progress to higher skills and accepted only the best from each other. They pushed through and prayed at every practice that they would glorify God. Their team motto to encourage each other was ‘Rise Up! Take Courage! Do It!’ from Ezra 10:4 and they did it!” Geneva Head Cheer Coach Amber Jonas said.