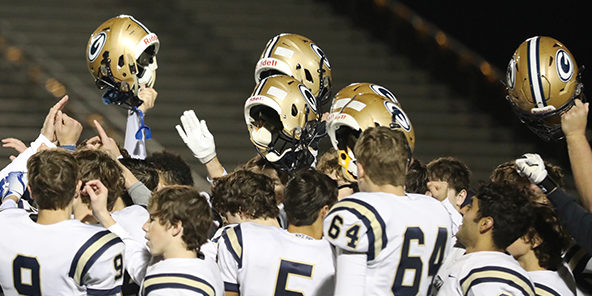 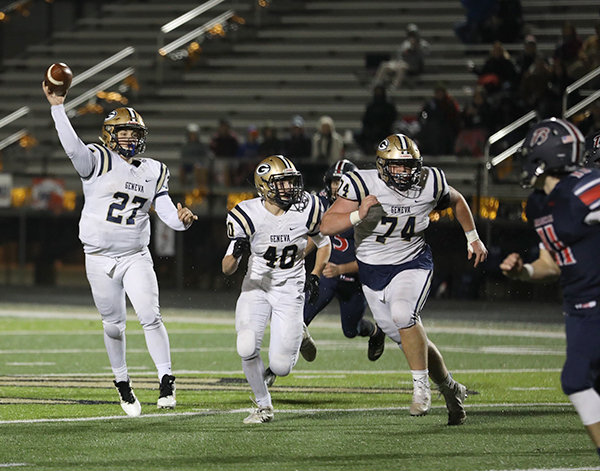 Geneva football advances to the TAPPS Division III State Semifinal Game after defeating League City Bay Area Christian 21-16 in the TAPPS Division III Regional Game on Friday night. They will face The Woodlands Christian Academy in a rematch of last year’s semifinal matchup at 7pm on Saturday, November 30 in Bastrop. The winner advances to the State Championship at 12pm on Saturday, December 7, in Waco. The Eagles lost to Fort Worth Willow Park Trinity Christian Academy (15-14) in the final seconds in the State game last year.

“This has been a very successful fall season of Geneva athletics. The volleyball program peaked at the right time to finish as State Runner-up and the cheer team finished strong to claim our first Cheer State Championship. I believe the momentum from the success of those programs has an impact on our football program as they look to keep up the momentum of winning in the playoffs,” Geneva Athletic Director Eric Boerboom said.

Make plans now to travel to Bastrop for the game on Saturday night. Tickets will be $13 for adults and $8 for students. Come early, cheer loud and stay late! GSB!! Go-Fight-Win!!