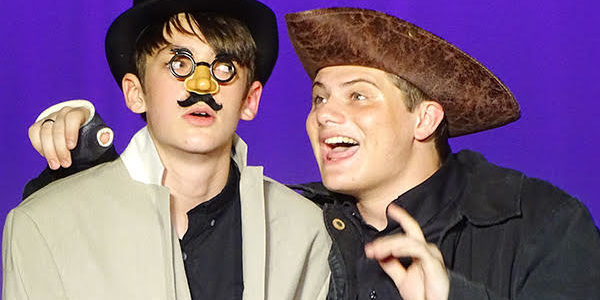 The Geneva Fine Arts Department presented “Shakespeare on the Green” last weekend in three different showings on the Geneva stage. The production is a fun, frantic and slightly fractured introduction to five of Shakespeare’s plays.

The five narrations were “Taming of the Shrew,” “King Lear,” “Comedy of Errors,” “Merry Wives of Windsor” and “The Winter’s Tale.” Told in modern day English, these narrations were humorously told in an old English style with a thrust stage offering little amplification which is the way theater was designed in Shakespeare’s day. The audience was encouraged to be interactive with the actors.

“I am super proud of these students for learning Shakespearian plots that required a great deal of dialogue memorization and making it an engaging, energetic and entertaining play,” Geneva Fine Arts Director Gradi Evans said.