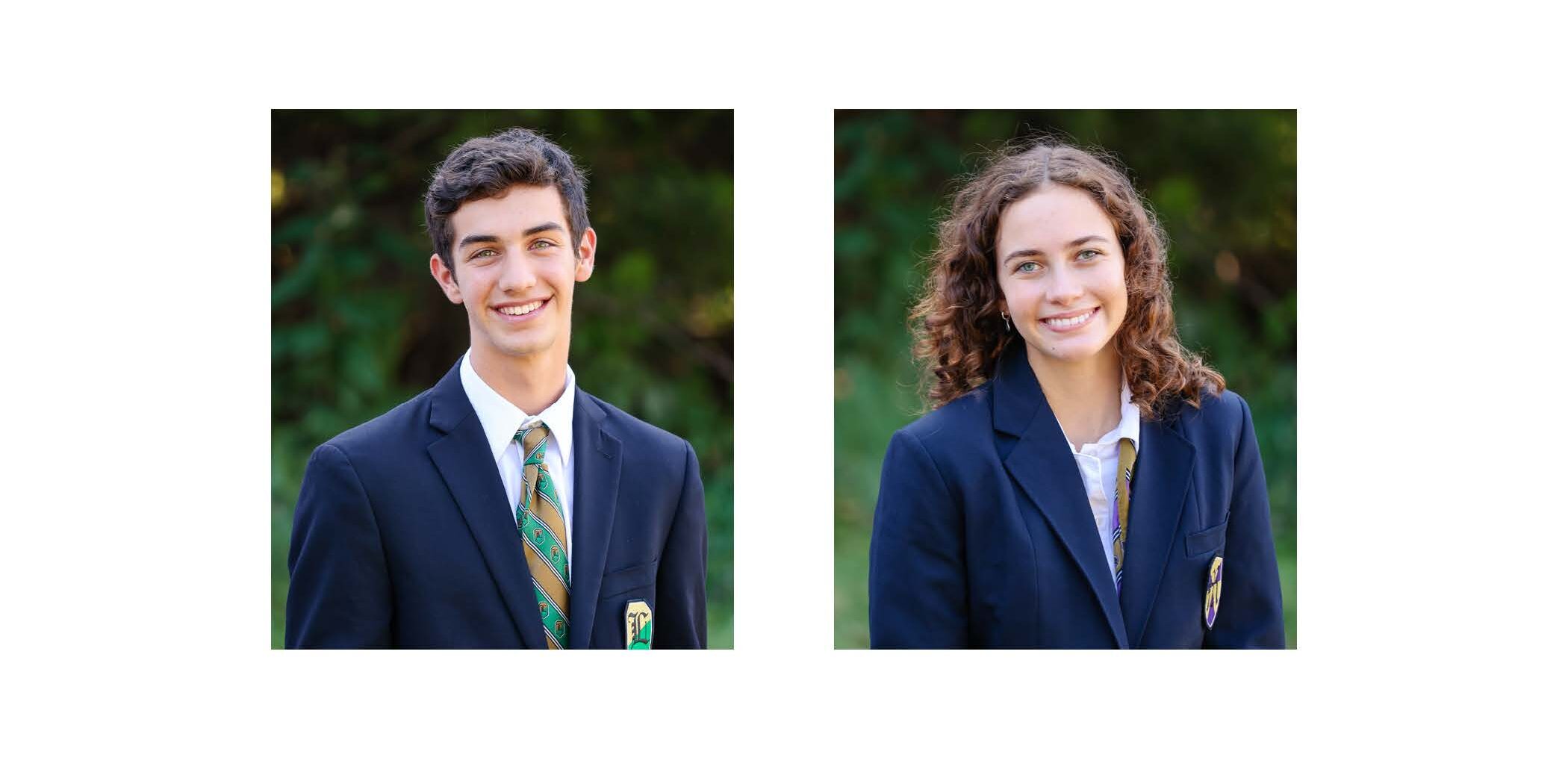 Geneva has named its 2022 Valedictorian and Salutatorian. These graduating seniors will deliver addresses at the Geneva Commencement Exercises in May.

Nicolas has been accepted to The University of Texas at Austin, Texas A&M University and Southwestern University, and is awaiting admissions decisions from several universities before he decides his plan for next year.

Ainsley Plesko, daughter of Meredith and David Plesko of Boerne, earned the distinction as Geneva’s 2022 Salutatorian. Ainsley is the Executive Editor of Design for the award-winning The Geneva Quarterly magazine. Ainsley has contributed to The Geneva Quarterly for four years which has earned the Columbia Scholastic Press Association’s Gold Crown, Silver Crown and Gold Medalist Rating as well as the highest rating of Distinguished Merit from the Texas UIL: Interscholastic League Press Conference. She was recognized as a National Merit Rural and Small-Town Scholar and AP Scholar with Honors from the College Board. Additionally, Ainsley is the editor and chief of The Eaglets’ Quill annual Grammar School creative publication, Vice President of the National Honor Society and participated in varsity volleyball and varsity tennis.

Ainsley has been accepted to The University of Texas at Austin to pursue a major in Neuroscience and is awaiting admissions decisions from several out-of-state universities before she decides her plan for next year.