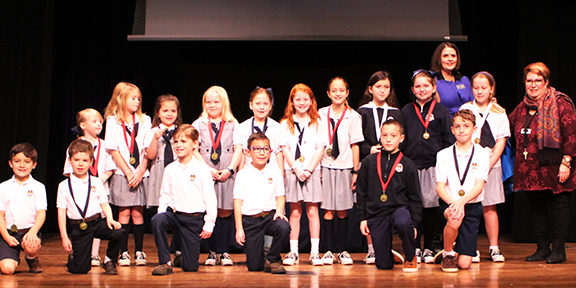 Students in kindergarten through fifth grade entered the school’s annual competition by submitting a handwritten Bible passage from I Corinthians 13: 4-8. Teachers submitted the top three handwriting samples from each grade and the faculty chose the winners anonymously per grade. These students were recognized in the assembly.

“Legible handwriting means clear communication. Studies show that there is a direct correlation between handwriting and brain development. Geneva focuses on penmanship in order for our students to gain this basic skill to be clear communicators,” Grammar School Executive Assistant Beverly Johnson said.