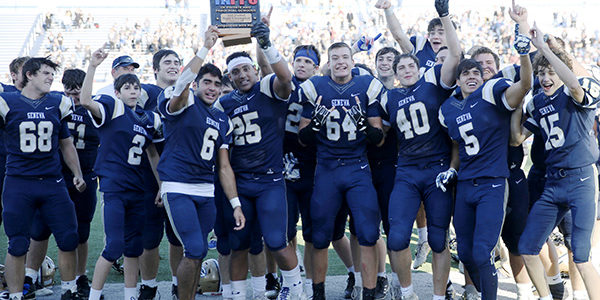 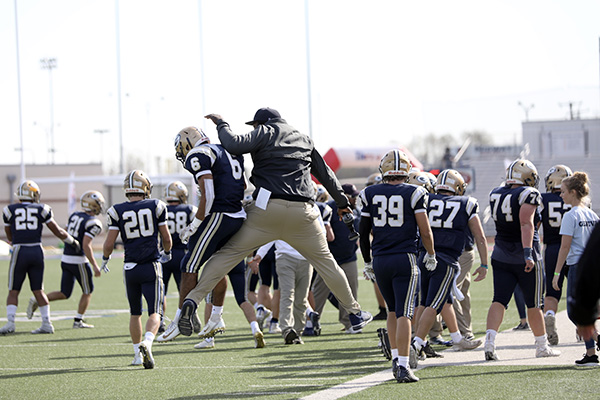 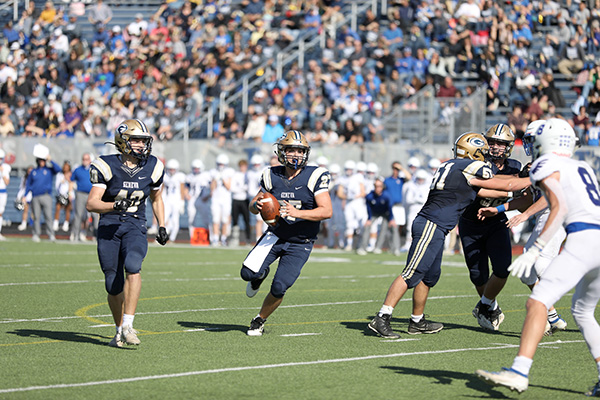 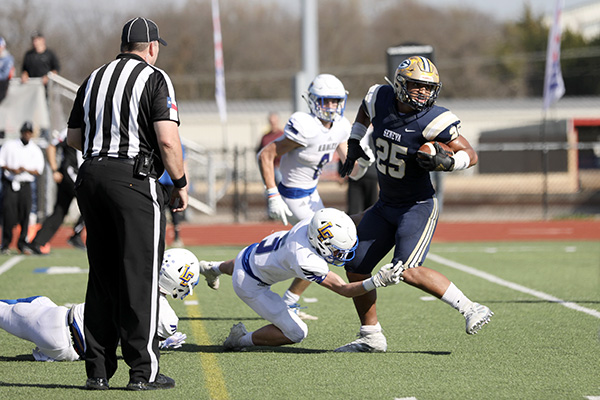 On the defensive side, defensive backs Calderon and sophomore Aidan Christal had two interceptions each and many players contributed with outstanding plays and tackles to hold the previously-undefeated Lubbock Christian School to just 18 points.

The victory was especially sweet after the Eagles’ 15-14 loss to Willow Park Trinity Christian Academy by one point in the final seconds of the title game last year to fall just short of clinching the State Championship.

“What a difference a year makes. I’m not going to deny it was motivation for everybody. We tried not to overdo it talking about it, but once we got here and got in that dressing room, it was on everybody’s mind, I promise you that,” Coach Dean Herbort said.

Congratulations to the players, coaches, families, administrators, cheer squad, band and all of the amazing Geneva fans for an incredible dream-come-true season!

Rhetoric students are invited to join the team in the Geneva Gym at 8am on Thursday, December 12, when Boerne Mayor Tim Handren presents a congratulatory proclamation to the team for earning this great accomplishment. 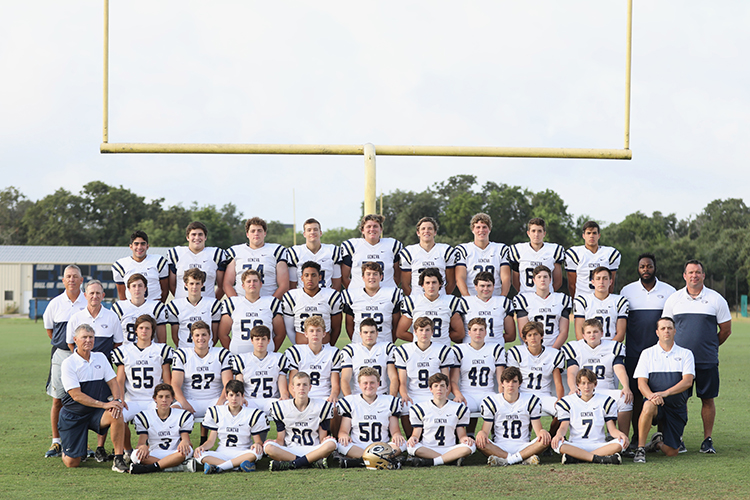