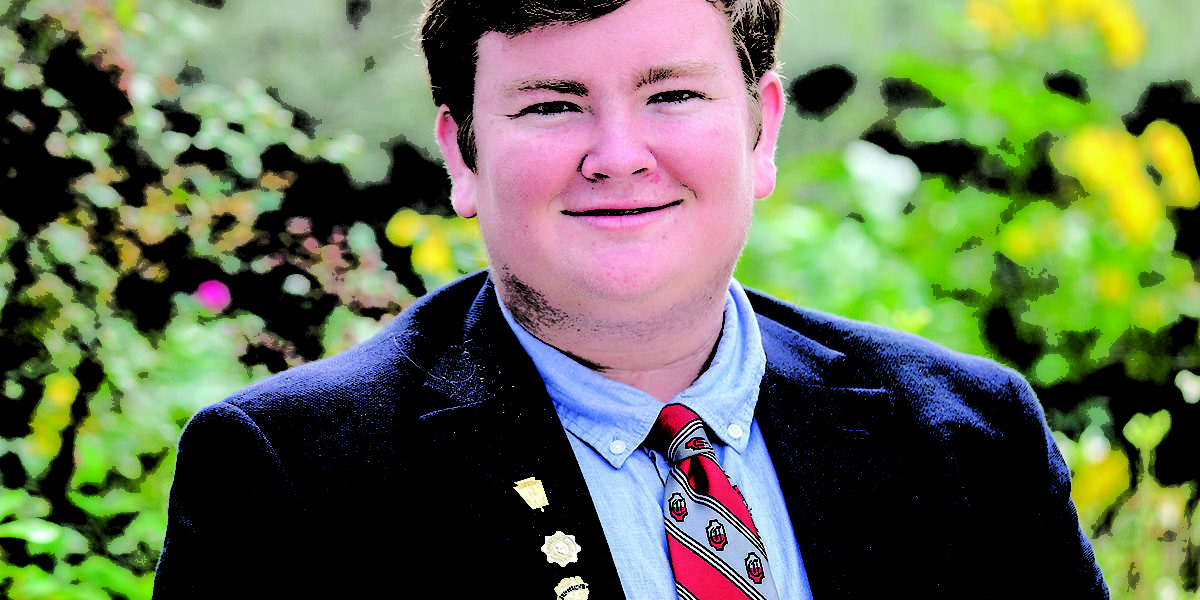 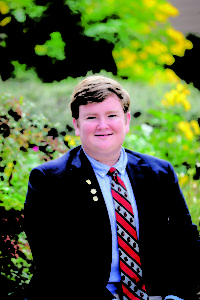 What is your favorite or funniest moment at Geneva?
My funniest Geneva moment was probably over the Europe trip when Nathan and I were playing Smash Bros Ultimate and he beat me like 20 times in a row and then I finally came back and won. That was the most satisfying victory ever.

What will you miss most when you leave Geneva?
When I leave Geneva, I will miss my friends in the lower grades the most. They are some of the most amazing people I’ve ever had the pleasure of knowing.

Who has influenced you most while at Geneva? How?
Mr. Southwick definitely influenced me the most. I felt he cared about his students outside of how well they did in his class. He didn’t want us to make an “A” just because it was his class; he wanted us to make an “A” so we could have the satisfaction of success and grow as a person.

What does being a Geneva student mean to you?
Having been here since kindergarten, being a Geneva student is kind of written into my DNA at this point. While I think the portrait of a graduate says most of the character traits, it leaves out the kinship you end up feeling with the people who have been there with you since the start. No matter how separated we get in life, we always have that one connection of going to this small school.

How would you encourage a Geneva kindergartner to persevere in school?
I would tell a kindergartner that you need to try your best in school because it only gets harder and you need the stepping-stones to succeed. At the same time, I would tell him not to sweat it if you make mistakes. This is only the practice run for the real thing when you get into high school.

What about Geneva do you hope never changes?
There is a lot about Geneva I wish would change, but one thing I hope doesn’t change at least for a long time is the staff. The teachers at Geneva are so great at just being there and connecting with the students. And that’s something that most schools don’t have and it really makes this school special.