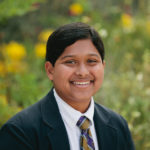 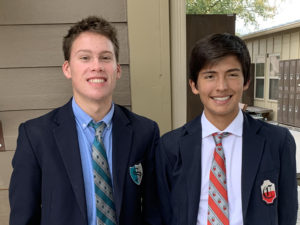 The Geneva speech and debate teams were in action again over the weekend in the Speech and Debate Swing Tournament hosted by Bowie High School and St. Michael’s Academy in Austin. It was a Texas Forensics Association state-qualifying tournament.

Junior Alex Iyer (at left) placed first in the Program of Oral Interpretation category (POI) at Bowie High School and second place in Original Oratory at St. Michael’s. In addition, the Public Forum debate team of junior classmen Jose Ballí and Gabe Ross (at right) made it to the Octafinals, ultimately tying for ninth place.