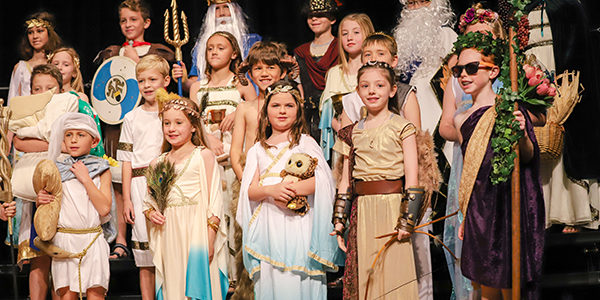 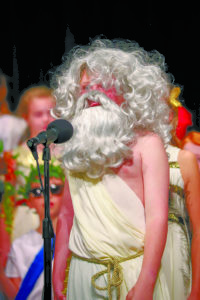 Geneva third grade students participated in the annual Greek Week as they brought history to life from their studies of Ancient Greece and mythology. The celebration included Olympic Games which featured contests like the shot put and javelin throw. The winners were awarded olive wreaths.