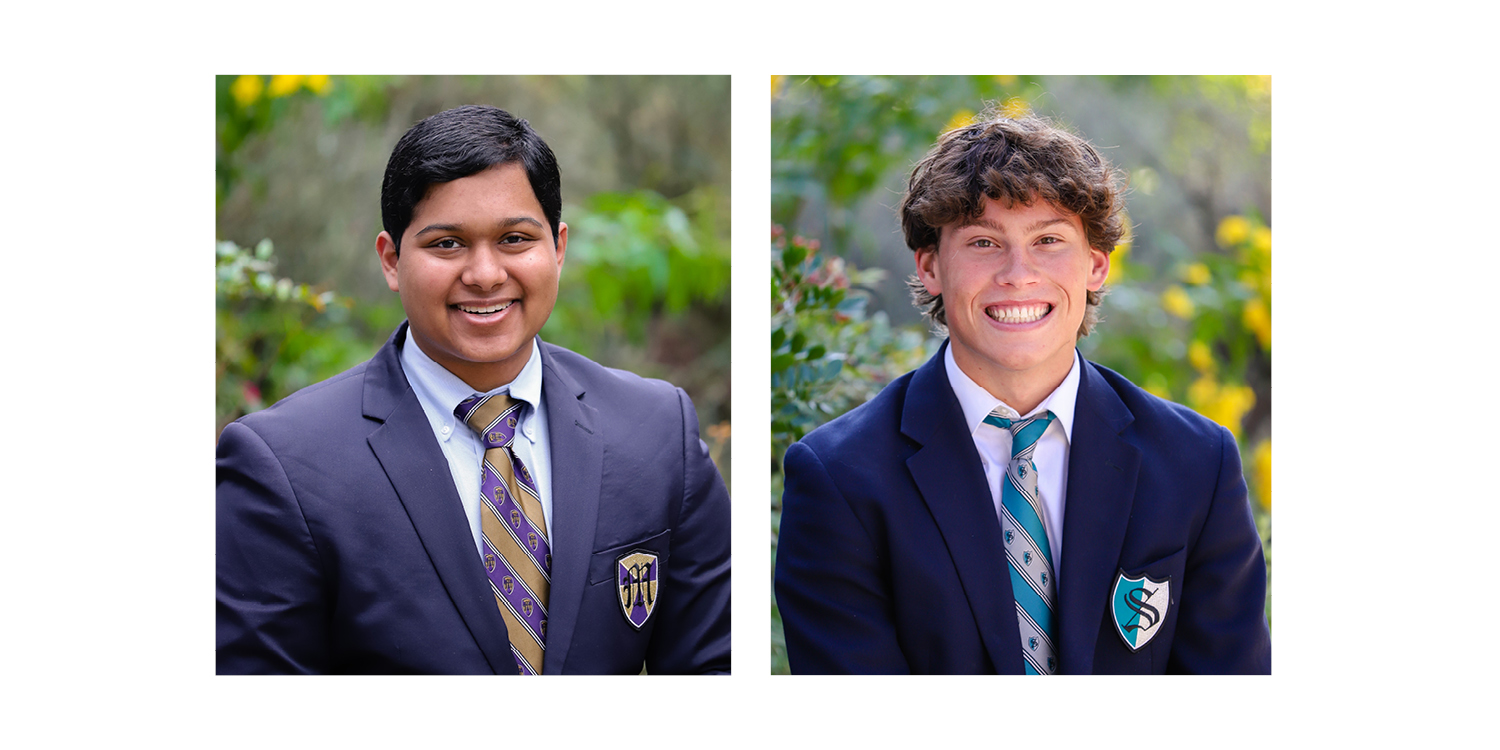 Geneva has named its 2021 Valedictorian and Salutatorian. These graduating seniors will deliver addresses at the Geneva Commencement Exercises in May.

Alex Iyer, son of Reena and Rajesh Iyer of San Antonio, earned the distinction as Geneva’s 2021 Valedictorian. Alex (shown at left) was recognized as a National Merit Commended Scholar, Rural and Small-Town Scholar, and AP Scholar from the College Board. He placed seventh in the Scripps National Spelling Bee and produced a free online resource to help spellers prepare for the bee. He is a proficient and prolific speaker competing locally and nationally in speech events where he earned seventh at the Yale University Invitational Tournament in Original Oratory and was a quarterfinalist at the National Individual Event Tournament of Champions (MASQ) in Prose Interpretation. In addition, he earned the Summa Cum Laude Gold award on the National Latin Exam.

Alex has been accepted to The University of Texas at Austin and is awaiting admissions decisions from several out-of-state universities before he decides his plan for next year.

Gabe Ross, son of Jill and Matthew Ross of Boerne, was named Salutatorian. Gabe (shown at right) was a four-year member of Geneva’s varsity swim team, earning state championships in the boys’ 200 freestyle relay and 50 individual freestyle as well First Team All-State and Academic All-State honors. He has served as a member of Geneva’s Student Senate and competitive debate team and has participated in varsity cross country and varsity track. Gabe also participated in the Junior Olympics all four years of high school as a member of the local water polo team.

Gabe plans to attend the College of Engineering at Texas A&M University next fall where he will serve in the Corps of Cadets with an Air Force contract.